We’ve been saying for a long time how important the housing industry is to the economy — how every home sold has a major and positive effect on industries far and wide.

Well here’s a great chart that makes that point crystal clear. It shows housing starts vs. the unemployment rate.

Unemployment began to skyrocket around January 2007, peaking about two and a half years later. Since mid-January 2009, though, it’s been going down.

Meanwhile, one-unit housing starts peaked around January 2006, plummeted for about three years, and only started rising again in early 2009 with the rest of the economy. 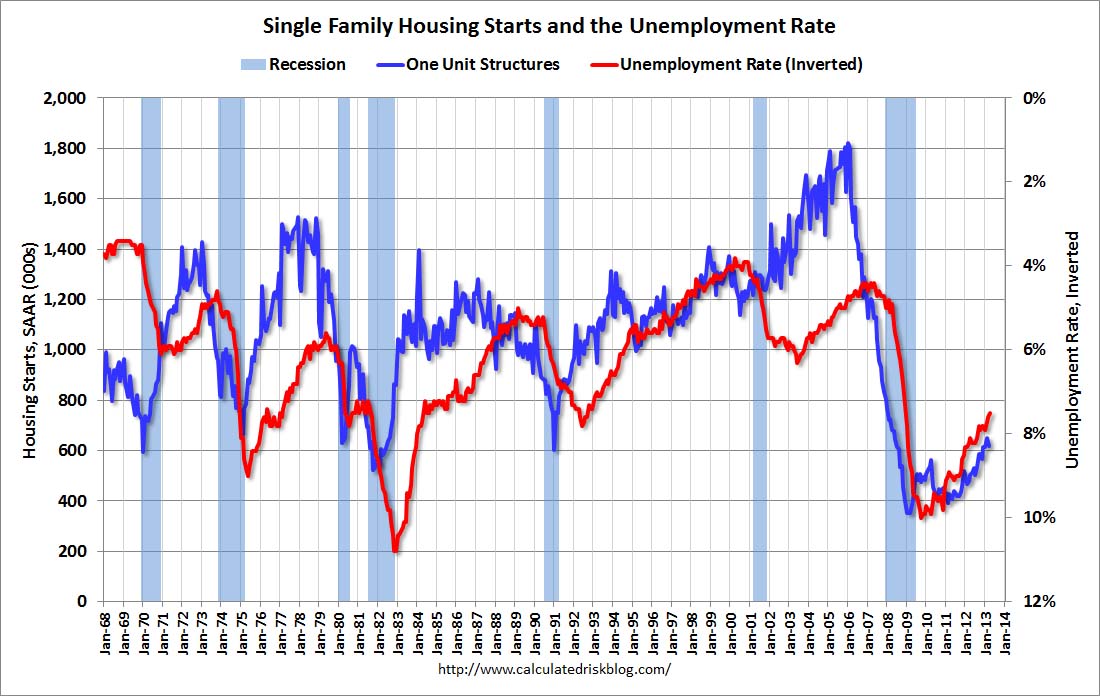 Bill McBride, whose chart this is, offers a more detailed explanation in "Housing Starts and the Unemployment Rate."

You can see both the correlation and the lag. The lag is usually about 12 to 18 months, with peak correlation at a lag of 16 months for single unit starts.