Good news: May inventory is up 16.9 percent for the year, which is a good, solid number. (See the explanation below.)

In 2011 and 2012, inventory didn’t increase much through June, and then it decreased significantly through the end of those years — by December 2012, for example, inventory was more than 20 percent below what it started the year with.

That meant we started 2013 from a much lower point than the year before; luckily it’s been moving up at closer to a normal rate… whatever that is.

Calculated Risk has a chart that makes it clear: 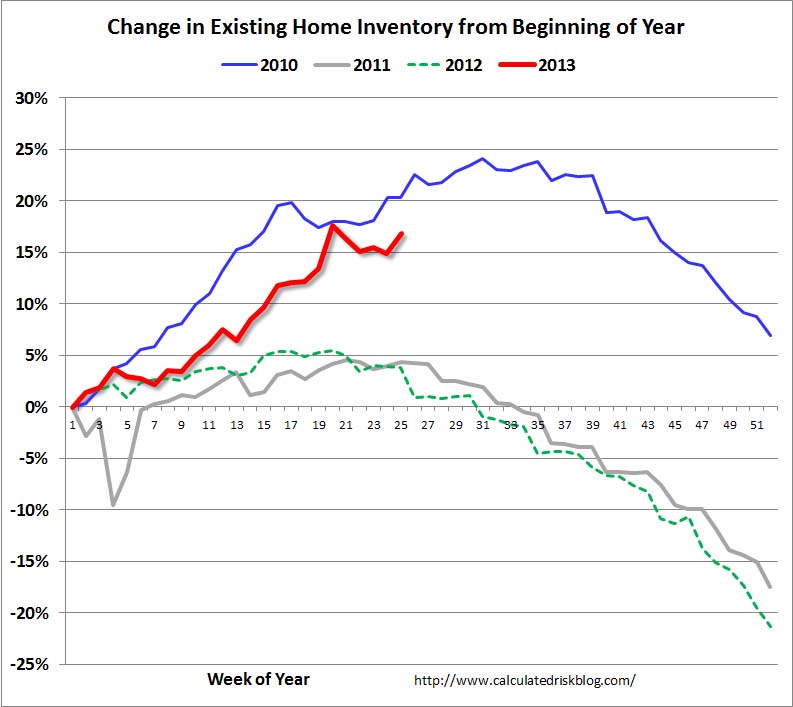 (We’ll have Virginia-specific numbers in a few days.)

Want the tools to succeed in the changing real estate market? Enter the HomeFinder.com Agent Makeover Sweepstakes for your chance to win a two-night, business and style makeover in Chicago! All licensed Virginia REALTORS® can enter through August 16.